Sufficient emotional intelligence (EI), or emotional maturity, of a child is crucial when he or she start school. This skill during the school adaptation phase helps a child adjust himself or herself to a new stage in life and understand its rules. Parents should by then accept the fact that their children need to go through certain negative experiences and teach them to express negative emotions in a socially acceptable way.

The Pivotal Role of Emotions and Feelings in a Child's Life

Emotions are everything in the life of a child – joy, anxiety, or sadness can come over him or her multiple times a day… Some children feel free to express their feelings, while others tend to hide them depending on circumstances. However, both have intense emotional experiences. This human ability enables us to gain better insights in life, see certain aspects and circumstances and respond to them in the right way.

The emotional sphere defines an efficient ability to communicate and adapte in a new social environment. Feelings and emotions are of utter importance for children of preschool and school age. One can “read” children’s behaviour and see at what level he or she is happy with his or her life and comfortable in communicating with others.

Nevertheless, kindergarten requirements are not so demanding towards children’s behaviour as those at school. That is why children mostly experience emotional issues during the school adaptation period when they are expected to quickly learn many new rules while finding themselves in a completely new setting.

What is Emotional Intelligence in Children?

Emotional Intelligence is defined as an individual’s ability to recognize one’s own emotions, intentions, motivation and needs, as well as those of others, and manage them while co-operating with others. In this respect, the emotional sphere of a child can be measured by the level of a child’s emotional intelligence and social skills.

Psychologists maintain that it is children’s emotional intelligence that guarantees their successful adaptation to a new social setting and helps them cope with various tasks at school and in private life. Thus, it is plain to see that developing a child`s emotional intelligence is essential at preschool age. What should you then pay attention to?

Most scholars agree that an essential element of a child‘s psychological readiness for school is his emotional maturity, that is, his readiness to take on a new social role – that of a pupil – and embrace a new activity with a whole array of rules.

Such psychological readiness indicates a child’s ability to recognise and understand one’s own emotions and those of others, see their origin and express them in such a way that is beneficial for them and others and is appropriate in the given situation. For instance, positive feedback from a teacher will make any child happy, however, children are expected to control themselves and not bounce around loudly with excitement. Or, in a situation where a child feels dissatisfied, he or she is supposed to voice that but not lash out physically by kicking or hitting, for example.

In other words, a psychological readiness for school means a positive attitude toward schooling, developed personal traits (like compassion and empathy), an ability to control one’s emotional impulses in order to cope with assigned tasks, control one’s behaviour, have persistence and the ability to tackle difficulties. 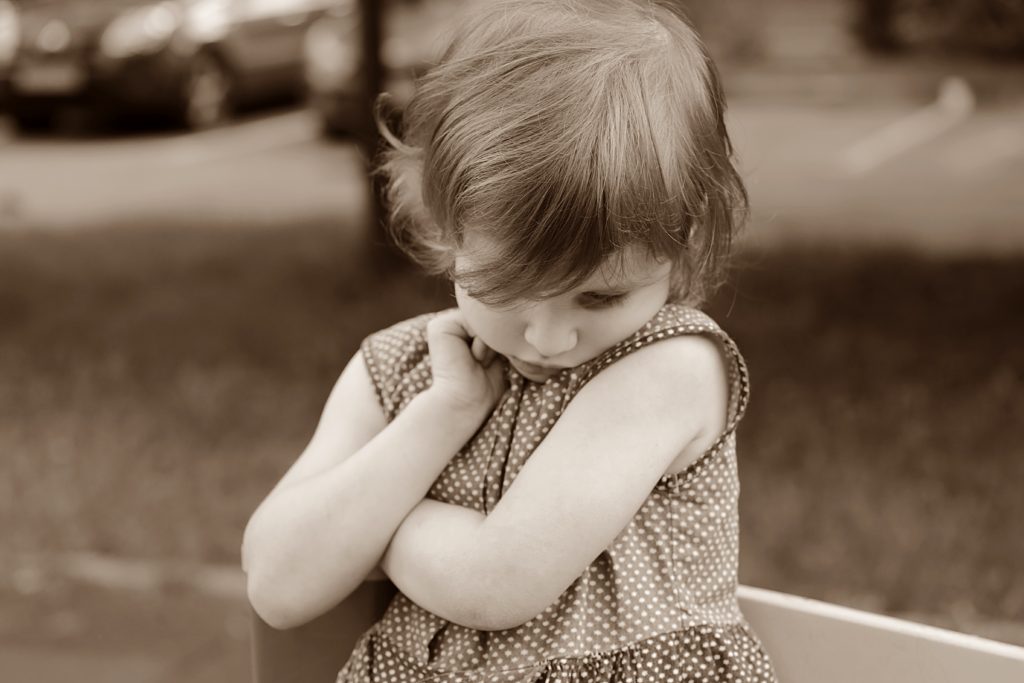 Teaching a Child to Express Feelings

The beginning stage of school is a serious challenge for a child. School demands adherence to a whole set of rules, and children’s inability to come to terms with them often results in aggression, a negative attitude toward school and general emotional dissatisfaction.

Let’s not forget that starting school coincides with “the crisis of 7 years”, when children go through a shift in personality development and growth around the age of seven. A shift in the social status of a child occurs simultaneously with biological development. A child begins to perceive oneself as a personality, a pupil. Therefore, during school adaptation period children sometimes tend to get naughty, misbehave, even become rebellious, annoyed and frustrated by the challenge. Their rudeness comes from resentment. Lack of interest in school is quite common during this time.

The benefits of socializing can compensate for the reluctance to learn. But what can a parent or teach er do when a child has not made friends at school? In this case a child will be overwhelmed by a whole bunch of emotions, most of which are negative. Parents and educators should therefore be attentive enough to children’s needs and by no means ignore their negative emotions. Instead, children should be taught to understand and express their feelings.

Such an approach helps a child reflect on one’s own behaviour and at the same time relieves him or her from the feeling of guilt because of a negative attitude toward school, the importance of which cannot be denied. It can also help reduce a child’s emotional tension and adapt to a new life stage. That means learning to look on the bright side, which is essential to emotional well-being and general satisfaction in life.

You should not by any means teach a child to suppress feelings, as it eventually leads to aggression, hyperactivity, and issues in communication. A child will feel crushed and neglected, assuming he is alien in the class even when others treat him well.

Suppressing one’s emotions results in the inner conflict where a child loses the feeling of self. Such children have difficulty perceiving and understanding their feelings. This, in its turn, will cause problems in future when they will need to make a choice in different settings. A child will also find it difficult to understand others, not to mention, build a relationship with them.

Any emotions and feelings should be expressed properly since their suppression will harm children both mentally and physically. Adults should at this stage take notice of children’s behaviour, voice their opinions and teach children to express their emotions in a socially acceptable way: using words and the right actions befitting a situation, without harming others.