One of the most common questions posed to me as a child psychologist and speech therapist is a question about reading disorders. And more often than not, they come from parents of children who are left handed.

Already at the stage of gathering information about the history of the child's development, as soon as I understand that the child is left handed, I have a number of hypotheses about the origin of the learning difficulties, literacy acquisition, counting, etc. Parents themselves say that they have repeatedly heard from specialists in response to the disorders identified: "Aha, that makes sense now. He's left handed!».

The Connection Between Left Handedness and Learning Difficulties

It's important to note that the mental development of a left handed child still leads to heated scientific discussions to this day. Scientists argue about the origin of left-handedness, the differences between left-handedness and the lefty, the specifics of their mental development and language processing. There is a clear conclusion, however, amidst all the discussions: among the population of people with reading disabilities, the number of left handed persons is significantly higher than right handers.

Analysing the cases that I had to face, I can definitely confirm the high frequency of the disorders mentioned among left handed children.

Related article in the New York Times: Some Disorders Appear to be Linked to Being Left Handed

Why are Left Handers So Different?

The presence of left-handedness in a child (full or partial), in most cases, means atypical mental development i.e. different from the generally accepted statistical average. Therefore a number of developmental delays can be observed with the lefties in particular in their oral and written language skills, counting and mastering math operations. These children are at risk of becoming stutterers.

The number of left handed children with learning disabilities is approximately two and a half times higher than the average figures for right handers.

The reasons for this are manifold. However, the key factor is the inextricable and intimate connection of the left-handedness and the hemispheric dominance that leads to a specific functional organisation of the brain work. This means that the left-handed brain works and complies by some other rules in comparison with right-handed people.

A characteristic feature of left handers is the insufficient and specific development of visual perception, which normally creates the basis for mastering reading and writing. For these children, difficulties in the interaction of the cerebral hemispheres are typical, which leads to information processing and response to be slowed down: visual, auditory, tactile ...

Unfortunately children with left handedness do not receive adequate assistance in school, since education and upbringing are focused on right handed people. 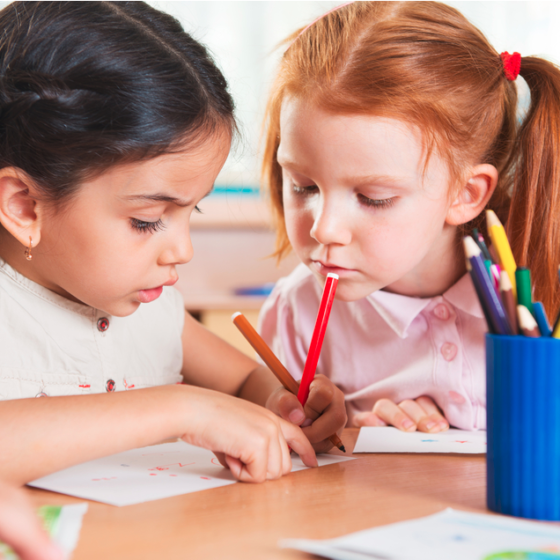 How Do Left Handed Children Learn to Read?

Of greatest interest is the fact that they successfully learn global reading, but when studying individual letters they experience serious difficulties: each letter is studied over a long time period and there is a lack of fluency in letter-recognised experienced by these children. Children have difficulty sounding out written words, matching the letters to sounds to be able to read a word.

ifficulties in reading that left handed children experience are very diverse. Some children experience them from early stages of literacy education, while others occur at a later stage while reading texts. In comparison to right-handed people, left-handed people are 2.5-3 times more likely to have difficulty in mastering written speech -- in both writing and reading.

The most common difficulties in reading by left handed children:

In some cases, left handed children easily memorise individual letters, but find it difficult to combine them into words. When reading, they "drop out" entire syllables of words, do not pronounce endings or say them erroneously.

The difficulties often faced by lefties described above arise due to various reasons: violations of visual/spatial perception as a result of unstable ocular dominance, as well as difficulties in processing and storing information.

Should I Retrain my Lefty Child to be Right Handed?

As a parent you might ask yourself: is it possible, before it's too late, to retrain the child? To educate the right-hander instead of the lefty? Perhaps this will prevent any potential reading difficulties later on?

My answer to it is a resounding NO!

I have already mentioned that science says: left handedness is associated not only with left handedness, but, first of all, with the special organization of the brain's work, and hence of mental development! Therefore, any retraining will not only slow down the process of mastering reading and writing, but can also cause many neurotic symptoms: stammering, tics, enuresis, social maladaptation of the child.

Instead of retraining your child to be right-handed, you need to engage with your left handed child and enable him or her to function adequately within his or her given abilities. Consider practicing key skills that are prerequisite for mastering reading. There are plenty of free resources that eKidz offers to help your child learn to read both offline - with the use of flash cards and games - as well as with the app. Letting your child learn to read in a fun, engaging way and at his or her own pace is the best way.